‘Parasite’ candidate, female candidate: who is who at polls?

The results of the current elected are obvious, said at the last meeting of the Central Election Commission Lidzia Yarmoshyna. However, the official date of the election has not been set, although it probably is 15 November. Competing for the presidency are currently six people, including little-known candidates.

“Our opposition has chosen this kind of scenario – let the little-known people go to the polls, for them it will be a promotion. There will be at least some result. But in the world there are no examples of such a tactic to be successful.”

They will work with no hope for victory, but with a desire to unite the people. It is the promise used by such a distinguished representative of the campaign Tell the Truth, Tatstsiana Karatkevich.

“120 thousand people have signed up for and trust the idea of ​​national referendum. More than forty percent of voters believe that the parliament should have scheduled a vote on sensitive matters. And I think that these people are entitled to have their own candidate.”

A self-nominated candidate, Yury Shulgan, started forming his initiative group.
Today, during the press conference, he announced the motivation for participation in the election campaign.

“This is the call of the soul and the responsibility before the country. I have to help this country. I once slept in the staircase and saw the spirit of Zyanon Pazniak.” He told me: “Yury, what I could not do, you must do.” 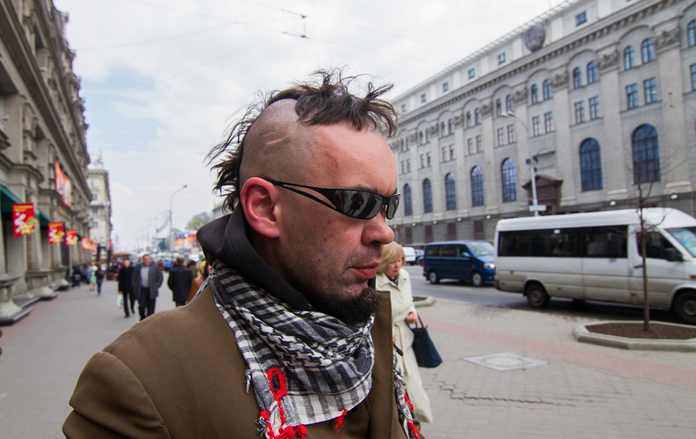 Unemployed, with no permanent place of residence, Yury Shulgan is essentially a parasite. The 38-year-old native of Brest does not even have a passport. But despite this the Green Party which supported the nominee, called on the rest of the opposition candidates to withdraw in favor of Shulgan and make him the single candidate.

“The opposition has not been able to put forward, could not agree on a candidate. So we take this role and nominate Yury Shulga. This is a candidate alternative to opposition.”

At the headquarters of Shulgan, people say that if you do not support this person, then elections will be just boring. But voters themselves say, first of all they want to support not a person but a program which the candidate will be promoting.

“The candidate has a lot of attention, but the program must come first and foremost.”
“Neither one nor the other, for me personally, it’s just a formality.”
“The electoral program, the candidate as a person… I do not know, what is more important: the programs or the candidates.”
“We do not have candidates for communication, we do not talk, so all the impressions of them only come from the program.”

But the best option for the government, experts say, is discussion of unimportant issues, and that’s why Alyaksandr Lukashenka urged people not to trust talkers during a visit to MTW.

“Can a woman be president, whether a priest can be a president, can incompetent person become a president – that’s all secondary. I am convinced that in fact the serious topics of discussion during the election will not come up.”

The election will take place against the backdrop of the economic crisis and the falling rating of Alyaksandr Lukashenka, but will the opposition take advantage of it?