In the interview with belsat.eu Belarusian poet and politician Uladzimir Nyaklyayeu told belsat.eu why one would not get anywhere with the Belarusian opposition and what kind of president Belarus really needs.

I cannot withdraw from politics. It means that I cannot just stay at homa and write books, although I would love to. I left the opposition structures with which i failed to get anywhere. I thought it was absolutely useless.

I do not know how our oppositionists have held out for so many years. Our opposition is  experiencing defeat by defeat. They do not have victories which would  unite and inspire them. I spent 5 years there, that is enough. I am sure that secret services that have been present in the opposition for 20 years have also had their hand in it. And it comes not only to us; for example, the Latvian People’s Front was created by the country’s security services. It was a significant problem – when you not only suspect someone, but know for sure [that they work for the KGB], but this was not so important. The opposition went down without fight, everyone started to give up. They are afraid to win, because no one will know what to do next. I do not like this situation. 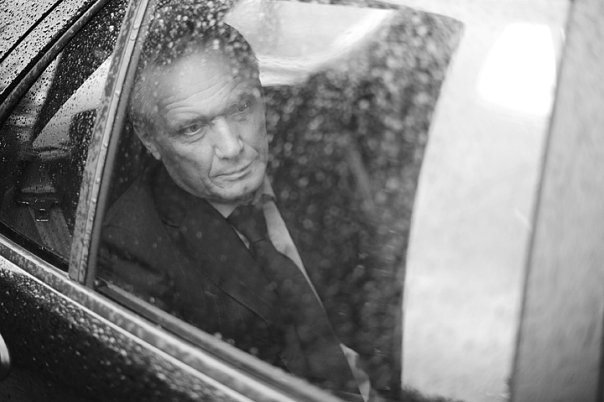 In this election Lukashenka could win without having rivals [fom opposition], although they may nominate [Lukashenka’s election ‘sparrer’] Haydukevich and representatives of [pro-Lukashenka movements] Belaya Rus and  Belarusian Republican Youth Union that dance after his whistle. And they will make a monkey out of the opposition once again. And it is likely that for the first time there will be no opposition candidates. Due to the weakness of the opposition the emergence of a new leader is beneficial to no one. That is why we do not have a single opposition presidential candidate.

‘I am not going to sit idle’

In the present-day situation one should think thrice before taking part in the elections. If they wins they will become responsible for anything that happens to the country. Lukashenka says almost every day ‘Do not be afraid! Everything will be fine!’ because he realises that there is no defense against ‘Russian world’. This ‘world’ is already here, in us. The only thing we can do today is to unite and show that we are willing to do anything to protect Belarus. As for me,  I am not going to sit idle.

‘I am for a strong preident’

If our economy was developed enough to feed our people, if we could arm themselves and form an army, I would be all in favour of such a strong president. But where is all this? Lukashenka is weak. We should not console themselves that we have any guarantor who will protect us.

Putin may do anything he wants with us  at any time. And he will find any pretext for a war –and  it will not necessarily be the opposition’s victory in the elections. The [Belarusian] security forces and army are much more loyal to Putin than to Lukashenka. If Putin gives an order they will carry it out.

Statkevich: After 5 years in jail i am fit as fiddle as my conscience is clear

Saying no to polls